Move over, James Bond; Go back to retirement, George Smiley. In a new batch of financial thrillers, the sexual thrills come from Libor, not libido, and fear of a stock market meltdown has overtaken fear of the nuclear version as a plot device. (See Wealthfront’s Here’s Who Should Sell post.)

It’s a sign of the world’s changing priorities that heroes and villains in the pages of this summer’s beach reads are hedge fund managers, traders, graduates of the prestigious Insead business school, and other Wall Street denizens.

However, it’s one thing to read a balance sheet; it’s another thing to turn that knowledge into readable prose. The surprising good news is that three novice writers with backgrounds as bankers and traders have come up with page-turning plots. The bad news: The characters are usually shallow, and the writing is often clichéd, even painfully laughable. Still, the dropped brand names are properly luxurious, and readers get the frisson of learning some inside tips about investing, which may be all that can be expected of the genre anyway.

Perhaps the most apocalyptic vision is laid out in The Fund, by H.T. Narea, a veteran investment banker from J.P. Morgan Chase (Forge Books, May 2011).

In this novel, Cuba, Venezuela, Al Qaeda, and the Basque separatist movement conspire to set off a series of “dirty” bombs near the Federal Reserve, at the mouth of a crucial international shipping channel, and – just for the heck of it—at the site of the last Muslim stronghold in medieval Spain, in hopes of causing a spectacular collapse of the dollar. The scheme is largely financed by a $30 billion hedge fund run by a suave, Insead-educated Egyptian. This fund has also bought a strategic interest in a different, overly leveraged hedge fund that will pay off big if the dollar falls.

Short, by energy trader Cortright McMeel, looks at a smaller financial crisis: one hedge fund’s complex maneuver to short the summer Texas energy market, in part by sabotaging power lines, with some side bets and office rivalry (Thomas Dunne Books, December 2010).  It boasts particularly arcane jargon and James Bond-like behavior, including a memorable set piece in which a psychopathic trader heads drunkenly to a shooting range with an assault rifle, a hooker, and a midget bartender in a Cadillac. Don’t worry: The trader has a designated driver.

Among the better-written is The Gods of Greenwich by Norb Vonnegut, a former stockbroker and distant cousin of Kurt (Minotaur Books, April 2011). There’s no grand global catastrophe, just the delicious skullduggery of an oddball cast of characters, no-holds-barred revenge, several fortunes at stake, and a sexy serial killer – all centered in the cushy offices of a Greenwich, Connecticut, hedge fund. The head trader at LeeWell Capital guzzles female hormone pills because he’s firmly convinced that women make better traders, while an insurance executive sends his son-in-law’s small fund into bankruptcy by withdrawing all of his and several friends’ investments, because somehow that will make it easier for him to run for governor.

From a suspense perspective, there are good reasons that finance has become the new focus of thrillers. Could a spy novelist dream up anything more dramatic than a last-minute deal to avoid a U.S. default, followed by the nation’s first-ever credit downgrade and a 1,500-point stock-market roller-coaster ride over three days? What could John Le Carré possibly write for an encore? 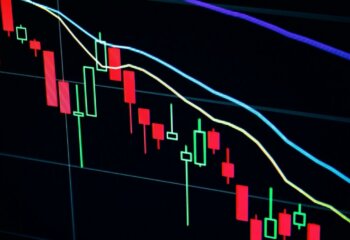